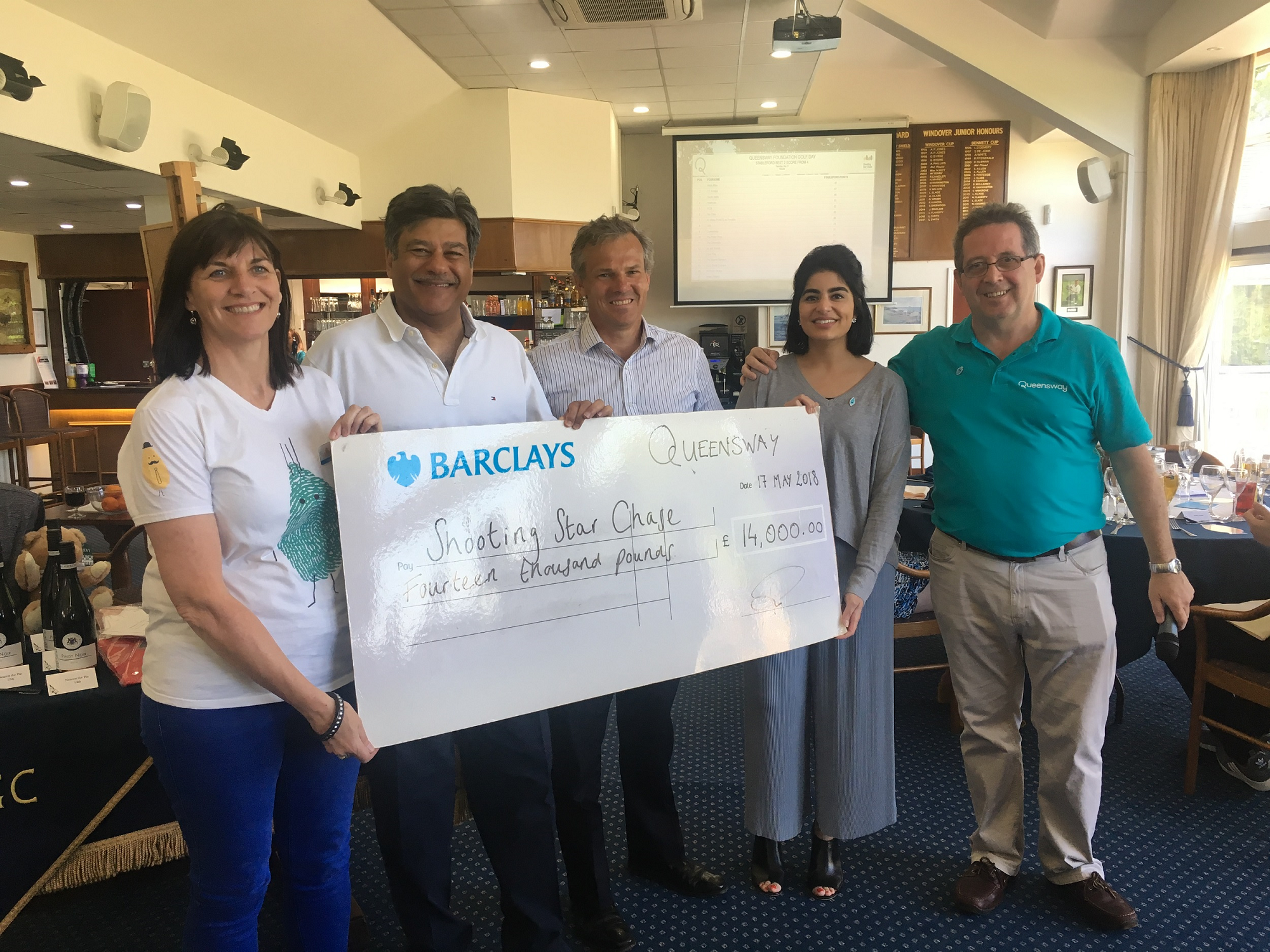 On Thursday 19th May, Queensway held its first charity Golf Day at South Herts Golf Club in London. 18 teams took part in a Stableford Golf tournament to raise money for Queensway's charity partner Shooting Star Chase. The sun was shining and after a fantastic game of golf, the teams came together for lunch, prizegiving and a raffle where 4 lucky individuals won stays at Queensway's Point A Hotels, Montagu Place, The Sloane Club and a round of golf at South Herts.

Shooting Star Chase supports the families of children with life-threatening illnesses from diagnosis to end of life and throughout bereavement with a range of nursing, practical, emotional and medical care. Queensway has committed to raise money for Shooting Star Chase by participating in fundraising activities, donating lost property and items from hotel refurbishments as well as organising fundraising events like this Golf Day.

In total, £14,000 was raised for Shooting Star Chase which will go towards making every moment count for children with terminal illnesses and their families. The event brought together many of Queensway's partners and suppliers without whom the event could not have been possible. Sincere thanks to all who took part and special thanks to the team at South Herts for their generous hospitality.