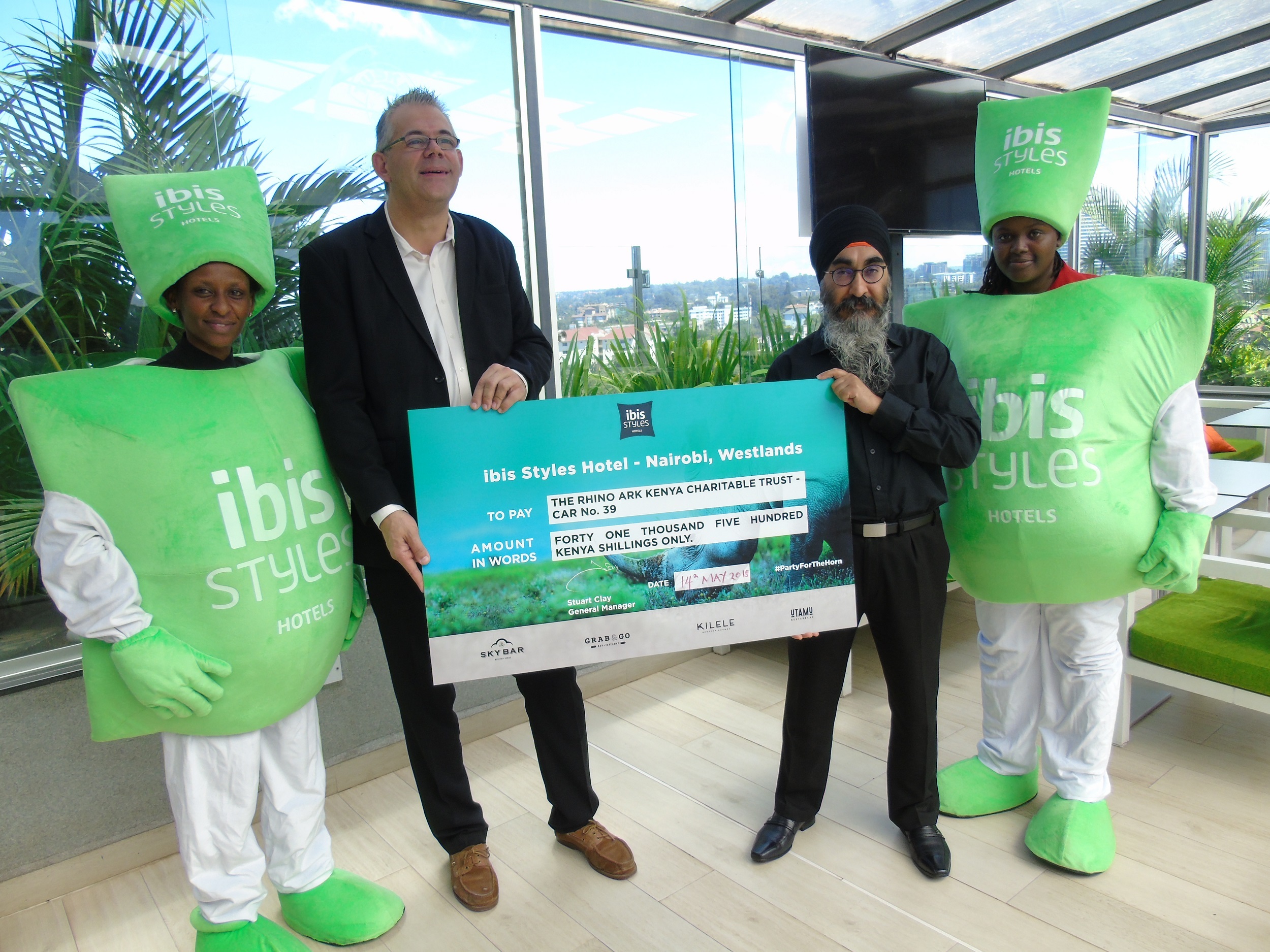 ‘Party for the Horn’ was held at the Tusker Lite Sky bar- ibis Styles Nairobi Westlands rooftop on Friday April 27, 2018.

The funds raised during the party will go to supporting Team 39’s efforts to help conserve our wildlife and water catchment areas by participating in Rhino Charge 2018 on Saturday June 2, 2018.

Team 39 is a group of ambitious, energetic, decisive and fun loving individuals that are passionate about conserving the environment. The team has 6 members each playing a role; Driver, Navigator, Mechanic, Front Runner, Mid Runner and Long Runner.

Rhino Charge is an annual off-road 4*4 competition and this year’s challenge will be on Saturday June 2, 2018 at a location that is unknown for now. Every year the location changes and the general area is revealed two weeks before the event. The fun about the challenge is that the exact competition location is unveiled 48 hours prior to the challenge when the participating teams are given a map of the venue and coordinates of the guard posts they should hit. The first team to finish all 13 checkpoints in the shortest time and distance wins the challenge.

The Rhino Charge event raises funds to support activities of the Rhino Ark Charitable Trust, an NGO that works towards the conservation and protection of Kenya’s mountain range ecosystems. The Trust has been committed to saving the dwindling Rhino population in Kenya, as well as mitigating human-wildlife conflicts in the area. It felt appropriate to support this cause in light of the tragic death of the world's last male northern white rhino in March 2018.

As part of our continued support to help solve challenges in markets that we operate, we are glad to support this cause. The dwindling wildlife population due to poaching and human conflict does not only affect the environment but also our livelihood.